Home/Politics in Small Doses/After El Paso, We Can No Longer Ignore Trump’s Role in Inspiring Mass Shootings
Previous Next

The manifesto declares the imminent attack “a response to the Hispanic invasion,” accuses Democrats of “pandering to the Hispanic voting bloc,” rails against “traitors,” and condemns “race mixing” and “interracial unions.” “Yet another reason to send them back,” it says. 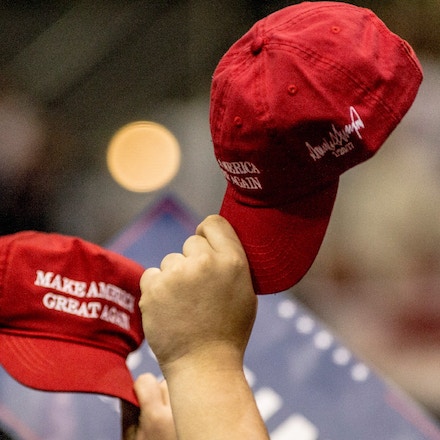 Here Is a List of Far-Right Attackers Trump Inspired. Cesar Sayoc Wasn’t the First — and Won’t Be the Last.

Sound familiar? The president of the United States — who condemnedthe El Paso attack on Twitter — has repeatedly referred to an “invasion”at the southern border; condemned Mexican immigrants as “rapists” and Syrian refugees as “snakes”; accused his critics of treason on at least two dozen occasions; and told four elected women of color to “go back” to the “crime infested places from which they came.” (It is worth noting that Crusius, in his alleged manifesto, claims his views “predate” and are unrelated to Trump but then goes on to attack “fake news.”)

That there could be a link between the attacker and the president should come as no surprise. But it might. Over the past four years, both mainstream media organizations and leading Democrats have failed to draw a clear line between Trump’s racist rhetoric and the steadily multiplying acts of domestic terror across the United States. Some of us tried to sound the alarm — but to no avail.

“Cesar Sayoc was not the first Trump supporter who allegedly tried to kill and maim those on the receiving end of Trump’s demonizing rhetoric,” I wrote last October, in the concluding lines of my column on the arrest of the so-called #MAGAbomber. “And, sadly, he won’t be the last.”

HOW I WISH I could have been proven wrong. Yet since the publication of that piece almost a year ago, which listed the names of more than a dozen Trump supporters accused of horrific violence, from the neo-Nazi murderer of Heather Heyer in Charlottesville to the Quebec City mosque shooter, there have been more and more MAGA-inspired attacks. In January, four men were arrested for a plot to attack a small Muslim community in upstate New York — one of them, according to the Daily Beast, “was an avid Trump supporter online, frequently calling for ‘Crooked Hillary’ Clinton to be arrested and urging his followers to watch out for Democratic voter fraud schemes when they cast their ballots for Trump in 2016.”

READ MORE ABOUT IT RIGHT HERE

About the Author: Admin MJ